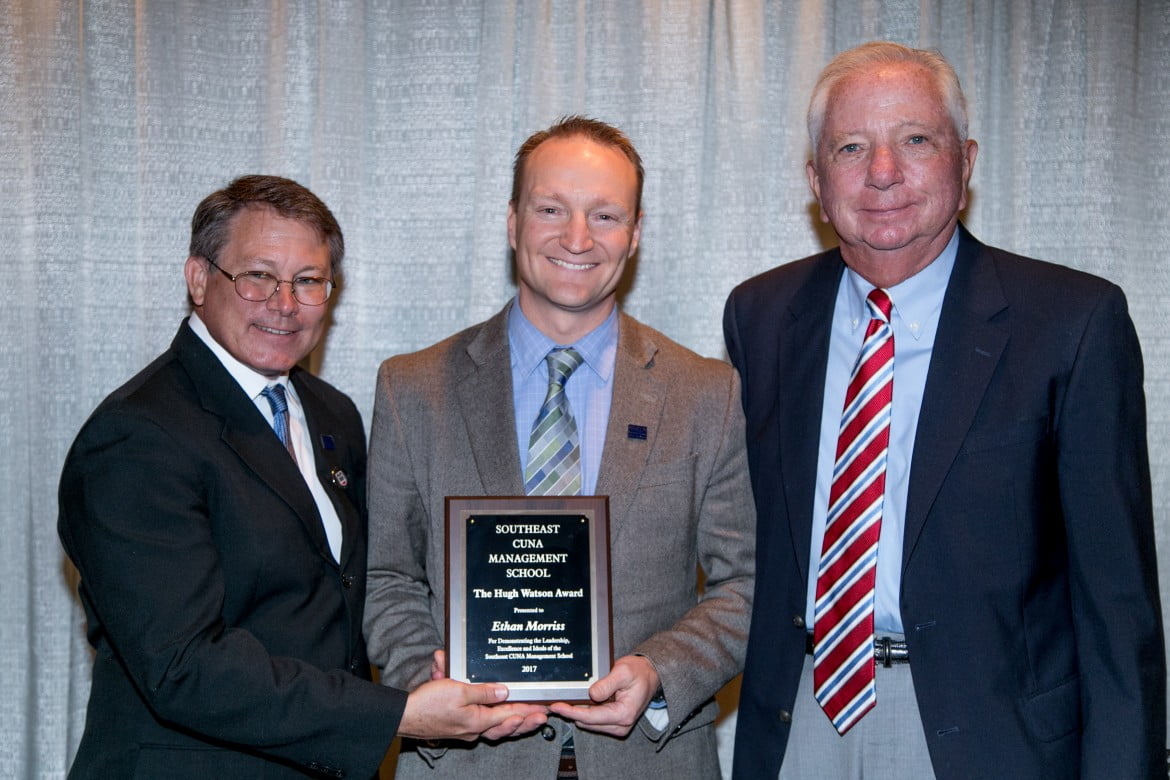 June 27, 2017— The Southeast Regional Credit Union Schools (SRCUS) organization is pleased to announce that Ethan Morriss has been awarded the 2017 Hugh Watson award at this year’s session of the Southeast CUNA Management School. Selected by vote of his classmates, Morriss received this award as a result of his leadership and exceptional contribution to the class as a whole over the three years of SRCUS. He is an outstanding role model and mentor to his peers, and an asset to the credit union movement.

Ethan has over 20 years’ experience in the credit union industry and has worked in nearly every area of credit union operations. He presently serves as the Chief Lending Officer for CapEd FCU in Boise, Idaho, and graduated from the Southeast CUNA Management School in 2017.

“SRCUS is a challenging and rewarding experience that really brought all the key areas of the credit union together for me,” explained Morriss. “I am honored to be the recipient of the Hugh Watson Award.”

Three years ago, SRCUS instituted the “Hugh Watson Award” to recognize an outstanding third year student and to honor the retirement of Hugh Watson from SRCUS. Watson joined the SRCUS faculty in 1971 and during his tenure, he taught in all 3 years, served as academic coordinator and facilitated the 3rd year simulation for 43 years. Upon his retirement from SRCUS, the Hugh Watson Award was instituted to honor the 3rd year student whose service to SRCUS has been closest to that exemplified by Dr. Hugh Watson.